Costa Rica is looking forward to triple its bilateral trade with India in next three years, says Ambassador

“The present bilateral trade between Costa Rica and India on an average is USD 147 million, with an average annual growth of 14.7%. During the last decade, Costa Rica has become an important partner for Indian companies. Costa Rica can be a gateway to the region for many critical sectors including pharmaceutical and electric products. Also, we are seeking greater cooperation with Indian companies in medical devices, biotechnology, artificial intelligence, bio medicine, nano-technology, agri products as well as space cooperation. To accelerate bilateral trade both countries should sign the Preferential Trade Agreement (PTA) at the earliest. In addition to this, the regular exchange of commercial trade missions will also help to achieve this target at the earliest,” said Mr. Claudio Ansorena Montero, Ambassador of Costa Rica to India at an interactive meeting on “Doing Business with Costa Rica” organised by MVIRDC World Trade Center Mumbai and All India Association of Industries in association with Indo Latin American Chamber of Commerce.

Mr. Montero informed that Costa Rica in Latin America’s oldest democracy wherein India is world’s largest democracy and shares lot of cultural similarities. Indian companies can use Costa Rica as a gateway to the northern markets of Mexico, the US and Canada. Costa Rica has championed in the development of environment friendly technologies and renewable energy and can support in India’s growing thrust on electric vehicles. Costa Rica has world’s 5% bio-diversity and this can help promote tourism as well as joint bollywood projects, he added.

Earlier in her welcome address, Ms. Rupa Naik, Senior Director, MVIRDC World Trade Center Mumbai gave an overview of Maharashtra’s strong potential in promoting bilateral trade relations between two countries. She said that Maharashtra has one of the most developed trade infrastructure in the country. The development of industry clusters along with handicrafts, jewellery and herbal medicine sectors in addition to strong manufacturing including auto, core sectors as well information technology will help the state industries to look Cost Rica as the preferred destination to access the rapidly growing Latin American market.

On this occasion, Mr. N. K. Mishra, Director, Indo Latin American Chamber of Commerce in Mumbai gave the overview of Costa Rica along with the advantages offered by the Latin American country to Indian companies. Ms. Sangeeta Jain, Senior Director, All India Association of Industries proposed the vote of thanks.

The interactive programme was well attended by Consular Corps, representatives of trade and industry, government authorities and members of the media. 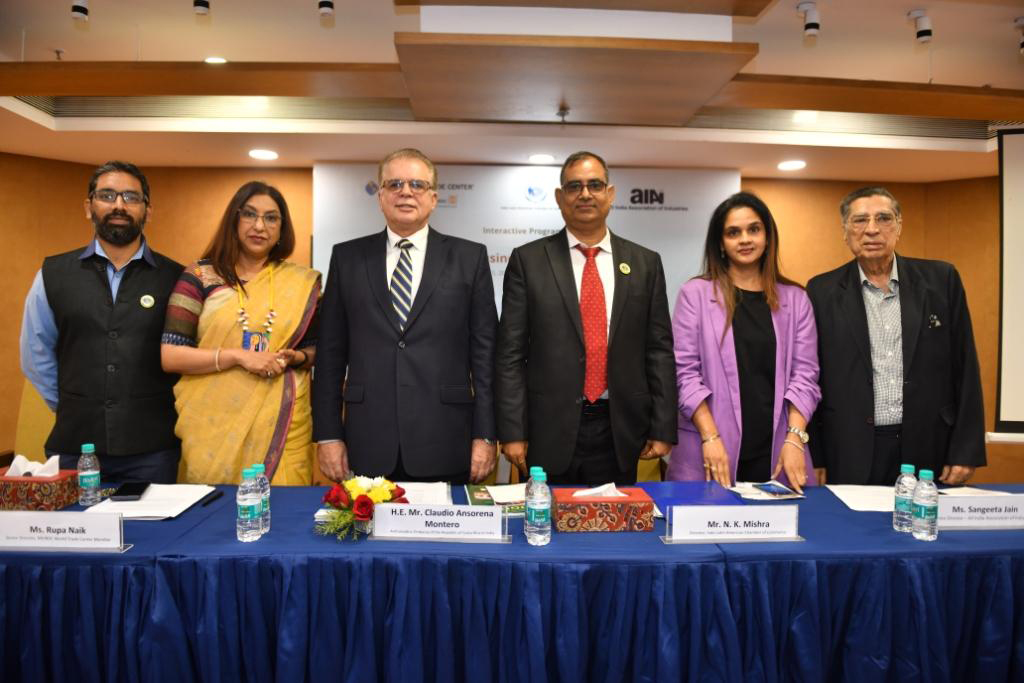